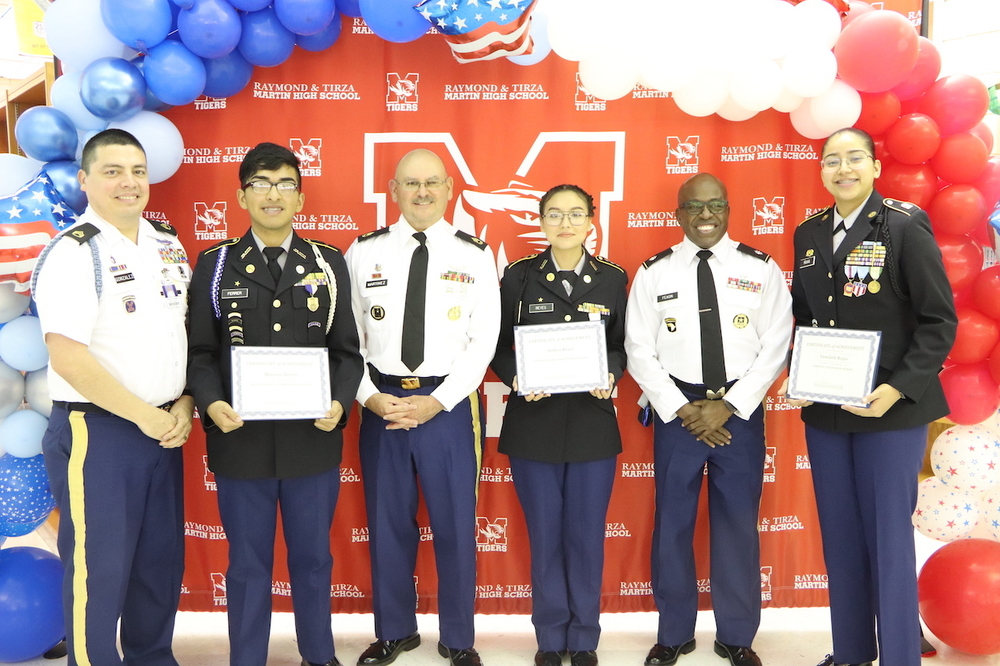 “A big congratulations to our cadets who are being recognized. They represent the very best of their school, and they wear their uniform with pride,” said LISD Superintendent Dr. Sylvia Rios.

Andrea Reyes time in JROTC has helped her grow into a leader who excels in communication and mentoring others. Her most memorable experience from JROTC has been the military ball. She loved dancing to her favorite music and interacting with other cadets across the district. Her goal after graduation is to continue her education and pursue a degree in radiology or political science. She will carry her leadership skills gained from JROTC and apply them for the rest of her life. 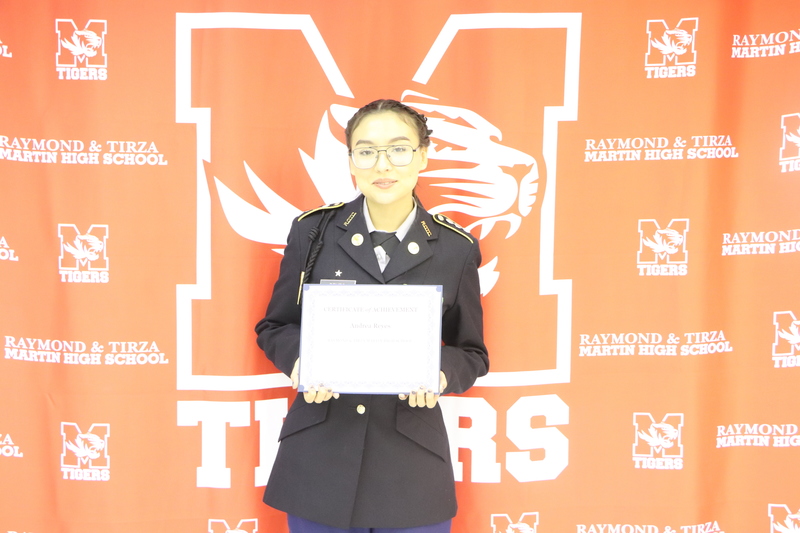 “it’s exciting to be recognized. I have never been celebrated like this before,” said Reyes. “This is very new to me, and I think it’s so great.”

Andrea, who has been in the JROTC Program for three years, was inspired to join the JROTC after seeing her brother and sister go through the program. “When I was a little girl, I would see them in their uniforms and with their rifles,” said Reyes. “It was very amazing to me, and I told myself I want to be like them.”

Ferrer was inspired to become a JROTC cadet by his brother. He had shared the amazing experiences with Mauricio and how it had positively impacted his life. Mauricio can attest to the attributes JROTC has brought to his life. He considers himself a more responsible and mature person who is ready to take on leadership roles. Mauricio’s most memorable experience in JROTC was participating in a parade for the first time his freshman year. Having his whole family see him was a heartwarming and proud moment. His goals upon graduation are to serve our nation as a soldier in the United States Army and continue his education in an area of study that will be both enjoyable and provide financial stability. 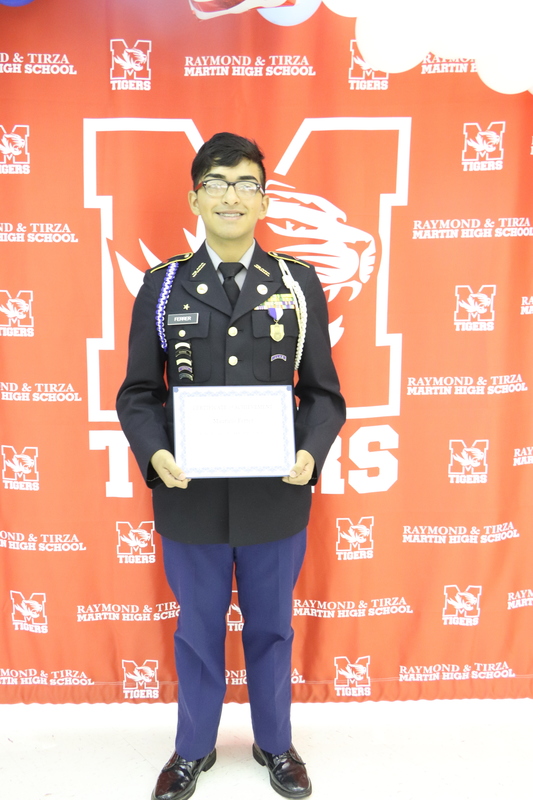 Rojas joined JROTC because she has had an interest in the military branches. She was pleasantly surprised when she realized JROTC is much more than military. Yamileth has gained skills in financial responsibility, physical fitness, discipline, and empathy towards others. Her most memorable experience was going to the first Raider Competition this year. Her plans upon graduation next year are to attend University of Texas in Austin and major in Criminal Justice with a minor in Animal Science as well as enlisting into the United States Army as an Army Ranger. 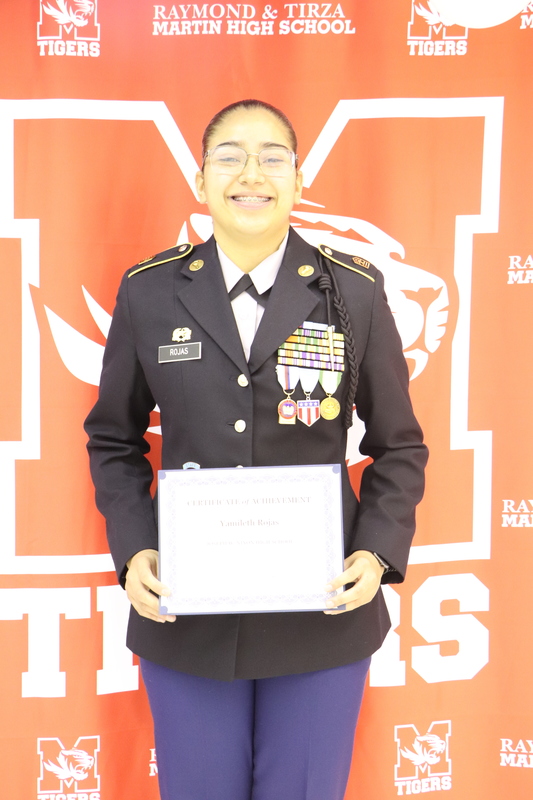 LISD created this initiative to recognize JROTC Cadets who are leaders not only in their squad/campus, but in their community as well. They are an evident example of the JROTC mission, “To Motivate Young People to be Better Citizens.”

According to Reyes, being a member of the JROTC Program, she has become a better speaker and a great leader as a company commander. “I've really grown as a person and not only in the class, but I've used those skills in my everyday life,” said Reyes.

Cadets from LISD’s three JROTC Programs will be recognized every nine weeks. To be considered an Honorable Cadet, the student must submit a completed application with their information, resume, two letters of recommendation (non-JROTC Instructor) one recommendation letter from JROTC Instructor, essay, and cadet challenge score. The next Honorary Cadet Ceremony is scheduled for April 5, 2023. The Superior Cadet Ceremony will be held on May 17, 2023.