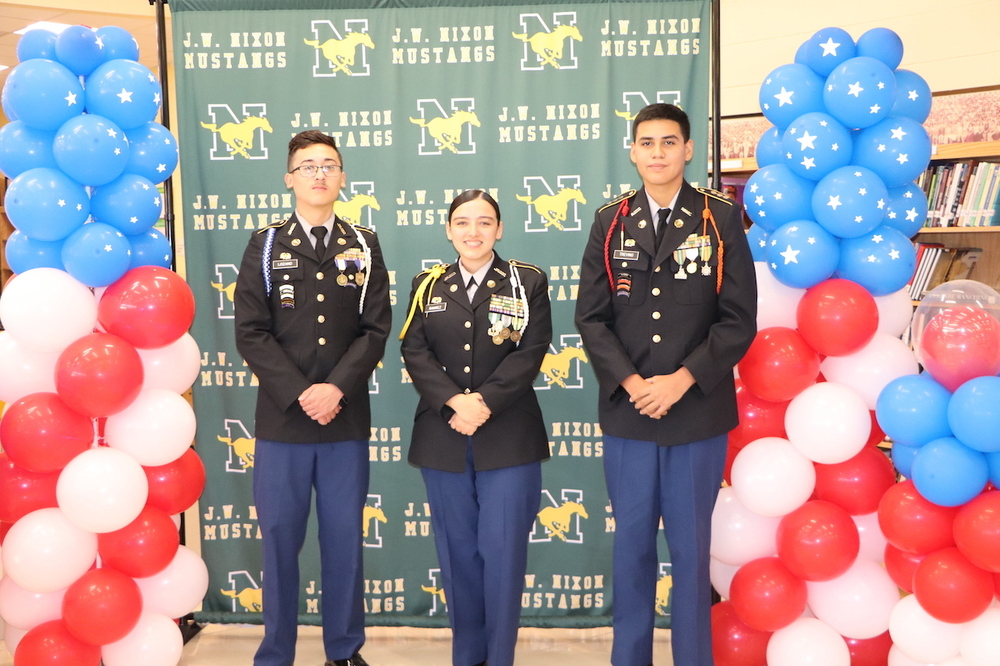 Ramirez joined the JROTC because of the leadership-based structure. The organization taught her much about herself and helped develop her leadership skills. Aside from being appointed Cadet Major (S5), Cristina’s most memorable experience within the JROTC program occurred when she was promoted to Master Sergeant during the JROTC Award Ceremony last spring. She intends to join ROTC in college, receive a Bachelor of Science in Psychology, and pursue a master’s or Ph.D. after graduation. Cristina's career goal is to become a psychologist. 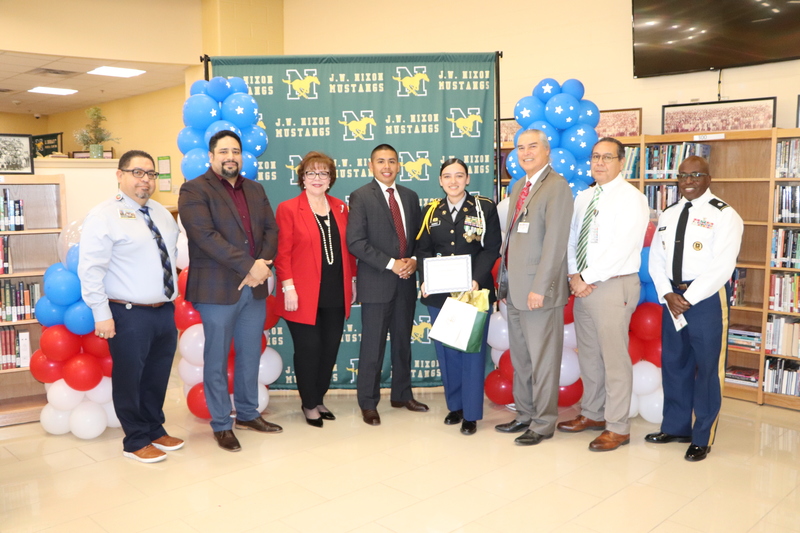 “I’m extremely proud of Cristina,” said Nixon High School JROTC Instructor, Lt. Col. Bennie Feagin. “She is involved in a little bit of everything on campus and in our community. So, she is very deserving of the award she is being given today.”

Lozano joined JROTC to gain a deeper understanding of the military. He learned that the JROTC program differs in many ways from the military, but he learned the faces and commands needed to perform to the highest standards. The JROTC helped him develop interpersonal skills to become more social. He is now confident and in better physical shape. After graduation, Lucien plans to enlist in the US Army. He chose the Military Occupational Specialty of 35M, an Army Human Intelligence Collector. Lucien’s goal is to begin basic training in June. 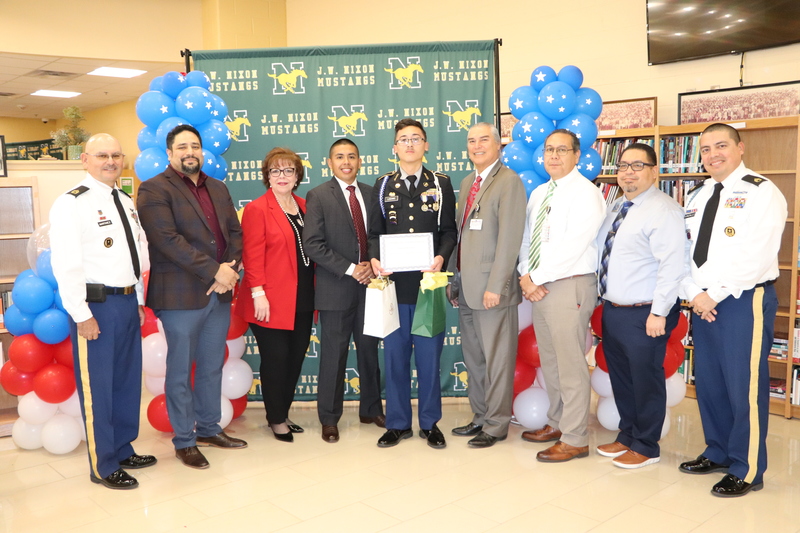 Trevino joined JROTC to become a well-rounded student. His experiences within the JROTC organization have impacted his life for the better. Roberto’s goal after graduation is to enlist in one of the military branches. After his enlistment, he plans to earn a bachelor’s degree and become a US Customs or Border Patrol Agent. 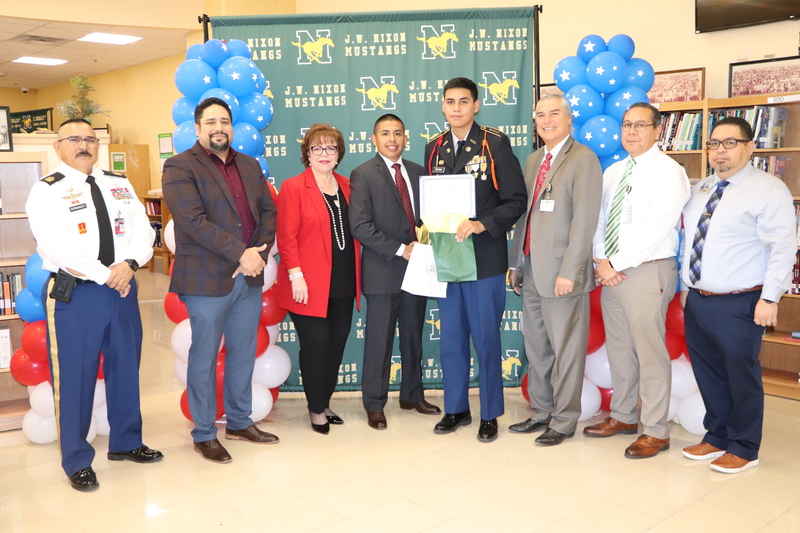 “I think the kids being recognized today feel very proud because they had to be vetted,” said Feagin. “It wasn’t just selecting someone, and they just show up. There was a process involved with them writing, teachers reading their essays, and then selecting the best of the best.”

“LISD created this initiative to recognize JROTC Cadets who are leaders not only in their squad/campus, but in their community as well,” said Rogelio Garcia, Executive Director of CCMR, Advanced Academics and Schools of Innovation. “They are an evident example of the JROTC mission, “To Motivate Young People to be Better Citizens”.”

Cadets from LISD’s three JROTC Programs will be recognized every nine weeks. To be considered an Honorable Cadet, the student must submit a completed application with their information, resume, two letters of recommendation (non-JROTC Instructor) one recommendation letter from JROTC Instructor, essay, and cadet challenge score. The next Honorary Cadet Ceremonies are scheduled for January 13, 2023, and April 5, 2023. The Superior Cadet Ceremony will be held on May 17, 2023.