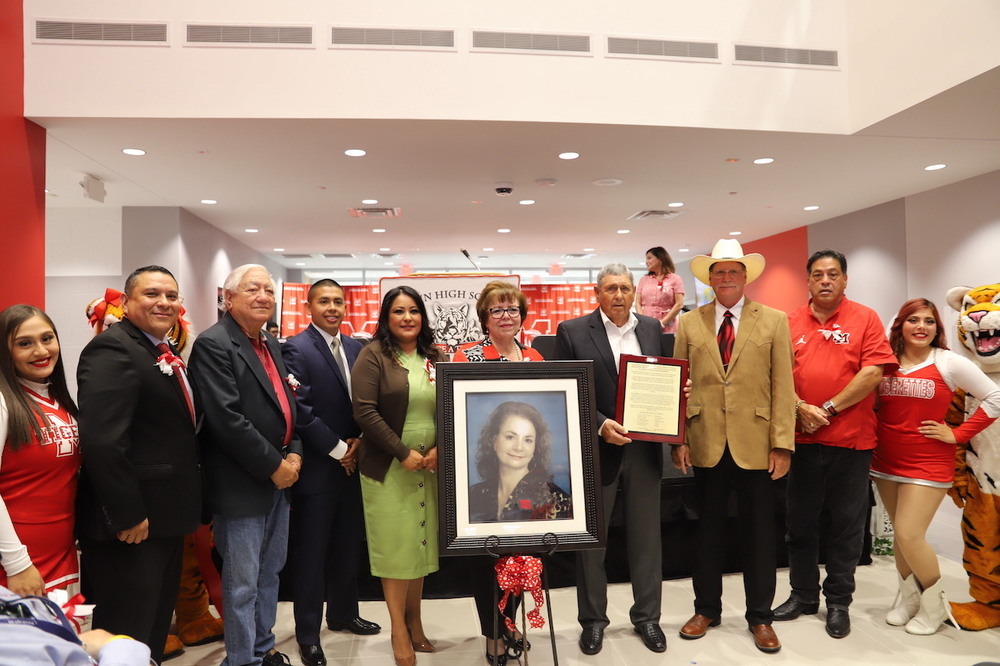 The Laredo Independent School District Board of Trustees dedicated the new Martin High School Multi-Purpose Building in memory of former educator, the late Maria Estela Quintanilla. Quintanilla was a teacher at Martin High School for 35 years until she retired in 2012. She was also the District Coordinator for LISD Campus Crime Stoppers

The Quintanilla family, colleagues, former co-workers, and students filled the building’s Atrium to honor the legacy of the devoted educator and to celebrate the naming of this facility. LISD Board of Trustees Vice-president Hector Noyola, LISD Board Member Guadalupe Gomez, LISD Superintendent Dr. Sylvia Rios, and Luis Ramirez, brother of Mrs. Quintanilla addressed the audience.

Quintanilla’s community service continues positively impacting South Texas. She worked tirelessly to ensure that all students had a chance to apply for and win scholarships to obtain a college education and return to Laredo to help other students succeed.

She also dedicated herself to working against crime and drug abuse. Her work as a volunteer with the Texas Crime Stoppers Teaching and Technical Assistance Work Group, along with her efforts for the Juvenile Justice System in Laredo were recognized throughout Texas. She was selected to serve on the Juvenile Justice Federal Advisory Committee.

The new $5.9M two-story Multi-Purpose Building has a student gathering atrium and a culinary arts lab with a full commercial kitchen and classrooms, spacious dance studio, audio/visual, photography, science classrooms and a robotics and technology lab.