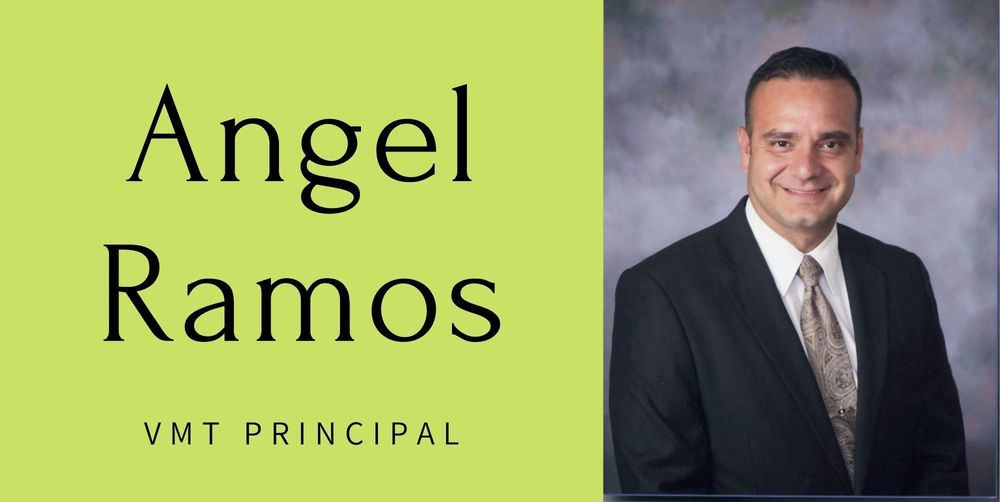 Laredo Independent School District appointed Angel Ramos to be the new Principal at the Vidal M. Treviño School of Communications and Fine Arts.

With 21 years of educational experience, Ramos has previously served the district as an Assistant Principal for Nixon High School. During his time at NHS, he achieved three consecutive Social Studies Distinctions. Furthermore, Ramos continued his administrative services at F. S. Lara Academy where he was later promoted to lead Lara Academy as Principal.

Ramos received a Bachelor of Liberal Arts with an emphasis in Foreign Languages and Music Education from Texas State University in San Marcos, Texas. He also garnered a Master of Science in Education Administration at Texas A&M International University.

Ramos was a distinguished nominee for the 2005-2006 Teacher Disney Awards for his motivation and creativity with the students inside and outside the classroom. He has performed at many venues, which include the Texas Music Educators Association Convention, and the Percussive Arts Society International Convention. His professional affiliations include the Percussive Arts Society, Texas Music Educators Association, and Texas Bandmasters Association.  Ramos has composed, arranged and served as a drumline clinician for several high schools and middle schools throughout South Texas.

In addition to his accomplishments, Ramos’ new administrative position has lead him to become the first alumni to return to his stomping grounds and lead VMT. Ramos was part of the first Fall of 1993 VMT student cohort.

"I would like to thank my mother, Bertha Ramos, for always pushing me to excel in all endeavors, and the Laredo Independent School District for giving me the wonderful opportunity to lead VMT,” Ramos said.

Additionally, Sandra Garcia has been named Director of K-8 Instructional Accountability, and Sylvia Cantu will be serving as LISD’s Homeless and Migrant Services Interventionist.